How to adapt your smartphone to minimalism 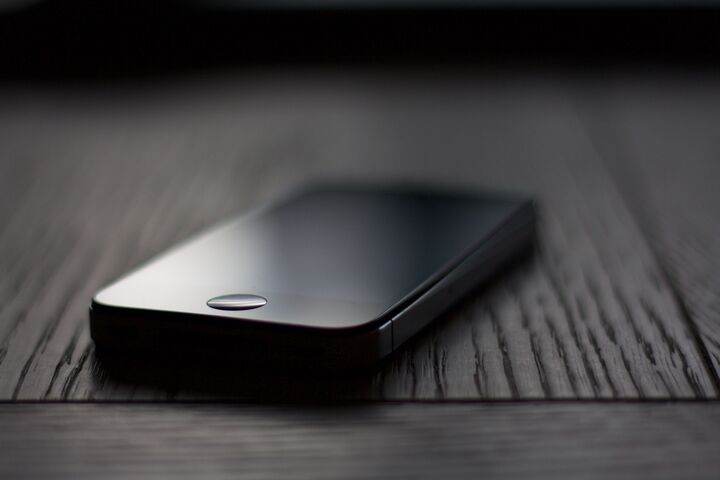 The thing you use most in your life might be a smartphone. If you want to improve your life by adopting minimalism, you should not forget your phone. It may even be the first place to start because it can affect your life all waking hours, and maybe even your sleep.

Almost by default your phone will flash and beep and ring and blink 24 hours a day, even on Christmas Day. The app makers often think it is in their interest to have you staring at the screen and interacting with the phone as much as possible. The problem with that is that it may not be in your best interest. A smartphone should be a “smart” tool, making your life easier. To get there you have to adapt it to your life. The phone should work for you, not the other way around.

App makers want to be able to send you notifications. The first thing many apps ask is for you to let them do that. Since you don't know if it is necessary for that particular app, you probably say yes. That leads to your phone receiving messages and sending out notifications. To you, that means the phone makes sounds, the screen flashes, and you are disturbed in whatever you are doing. Hundreds or thousands of times a day. That is not how humans were meant to live. Very few things are important enough to let them disturb you. Among the things happening on your phone, even fewer are that important.

From now on, say no to notifications by default when you install apps or get a new phone. You can always activate them later if it turns out you really need them.

Go to your phone notification settings and set all app notifications to off. Then go through all your apps and activate notifications only for apps or functions that you really need to receive right away. Not even phone calls may be important enough to deal with immediately. Put your family and one or two best friends on the VIP list that gets to disturb you. Let the rest go to voice mail that you can deal with on your own terms. Do the same thing for messages.

Disable all app badges that try to get your attention to how many new whatever it is is waiting. It isn't important and it takes your attention from the things you otherwise do intentionally.

Fifteen years ago no one expected to reach you in a second. Now everyone does. Even though what they want to say is totally unimportant. Take control of your life by actively deciding who gets to disturb you, how and when.

Choose your notification sounds carefully. Ideally they should be audible, but not disturbing. For a long period, I used bird song. It is a natural sound typically not found in an office. That made it very audible. It turned out lots of people also liked it, which meant they didn't get bothered. Mind you, not all bird sounds make good notification sounds.

This probably sounds boring and untimely. In reality, I think it comes down to who should run your life. In my life that person is me. In general, I should decide when I do what.

Schedule a time for going through to-do lists, answering messages, returning phone calls and email. On weekdays once after breakfast, once after lunch and the last time before you leave work is enough. On weekends and evenings, no work-related correspondence is permitted unless you get paid for that.

Schedule when to deal with important apps, if you have any. For work, it may be business news, client communities or reporting apps.

Just as important as it is to deliberately deal with notifications, it is important to only have apps you need or truly enjoys. I try to only keep apps that I have used more than once in the last 6 months. This may be more apps than necessary, but since recommending and reviewing apps is part of my job, this is where I draw the line.

When you have only the apps you should have on your phone, you should order them by importance.

The first home screen (at least on iPhone) is the one you see most often. That is where I try to keep the apps I use every day. Mail, messages, music, news, camera, web browser, smart home controller, calendar, maps, translations, task management, important work-related apps, and a few others. I try to review my choices every second month.

The second home screen is where I keep apps I use at least once a week. For me, it means banking, commuting time tables, phone registry, contacts, some photo editing apps, car parking payment apps, time reporting, Shortcuts (iOS workflow automation), and Files (file explorer in iOS). This screen changes more than the daily one. New apps that I try out to see if they fit into my workflow often start here.

The third screen is where I keep most of my apps in folders named as categories. Internet, office, images, shopping, music & sound, money, film & TV, reading & education, health, tools, text & code, home, social, news, and games. Seldom used apps that don't fit into any of these categories I keep on the fourth screen.

Whenever one of the first and second home screens get crowded with apps, it usually means that it's time for me to move away the ones that don't belong there. I suggest you do it at least two or three times a year.

Set your phone in flight mode during nights. There is no reason that you should be disturbed when you sleep. Deal with things in the morning if something important that demands your attention happens during the night.

If you have come this far and followed my suggestions, your phone should be much less intrusive. A large part of your life is from now on based on your own rules instead of the rules of people you don't even know.

(Photo by Nicolas Thomas at Unsplash)

This is a very detailed and informative article! Minimalising my phone is something I hadn't even thought about, but you're right our mobile devices are so intrusive on our lives and we have become so dependant upon them.  I study geography at uni but because of my smartphone, it means I have never really utilised my map skills.

Do you have any app recommendations that clear and delete and unused files on iPhones?

All the best, Leia

I agree, and already do most of these tips! I would however suggest going against putting your phone in airplane mode overnight, as you never know what emergency might come up.

To participate in the discussion, you must first become a member. It is quick, simple and free. The membership gives you access to all our communities.